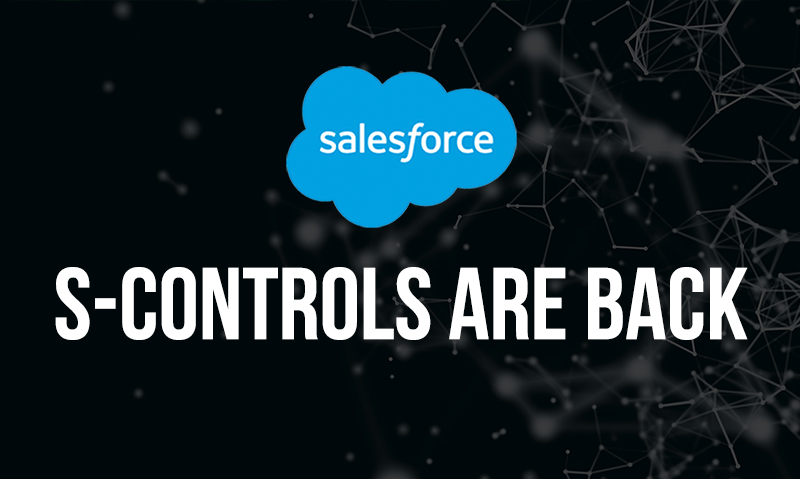 S-Controls are coming back to Salesforce!

Why are Salesforce re-enabling S-Controls?

It’s all due to Lighting! Lightning is a JavaScript framework and by bringing back S-Controls, Salesforce will allow developers to develop JavaScript based Lightning apps directly in Salesforce classic without the need of VisualForce. S-Controls are much lighter than VisualForce so you can illuminate the need for an Apex controllerÂ or even VisualForce markup! It also means new developers coming to the platform with a client who is still using the Classic UI can skip learning VisualForce/Apex and jump straight into the JavaScript world that is Lightning & S-Controls.

Yes, well I couldn’t resist! 🙂 S-Controls have been consigned to history and now with Lightning replacing VisualForce there is NO CHANCE S-Controls will see the light of day again.

So in conclusion,Â I think it makes a lot of senseÂ it. Let’s make S-Controls great again! 😉