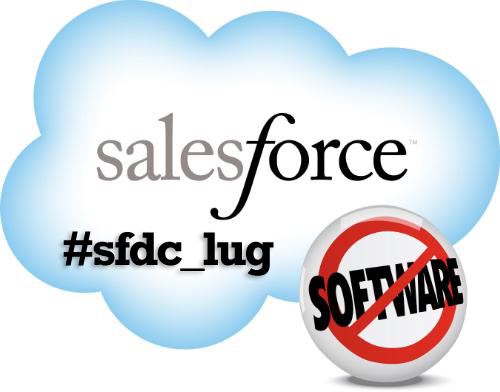 Last night I was at the Salesforce London user group, it was one of the most organised LUGs I’ve been to!

Firstly there was a keynote from Jim Steele (Chief Customer Officer at Salesforce) with two other customer talks, one from Grant Williams, Sales Director of Blackboard andÂ fascinatingÂ talk from Ashly Jones from RSA about their Customer Adoption Story.Â We then broke into a number of breakout sessions and I went to the mobile breakout session.

A year or so ago Salesforce announced a new product called Salesforce Touch. A brand new way of viewing Salesforce on mobile devices (and snazzy it is too). In the Summer 12 release it went into public beta (If you want access too it just submit a support case to Salesforce). So I wanted to know a bit more so I headed off to the mobile breakout session.Â TheÂ usual safe harbour statement was at the beginning of the talk, but un-usually it was stressed as being very important.

We were told that Salesforce Touch is built on an entirely new proprietary mobile framework by Salesforce using HTML5 and JavaScript called Lumin (I think that’s how they spell it). They were very tight-lipped and any questions were answered with “You’ll have to wait and find out at Dreamforce” BUT this is what we found out:

Unlike the current Blackberry and iOS native apps Lumin is a Hybrid framework. It consists of a very lightweight native shell in which the Lumin HTML/JavaScript runs in and can talk to native device functionality. This means Salesforce doesn’t have to support multiple different native applications in different languages (iOS for apple devices and java for Android and Blackberry etc). The additional benefit is you will be able to harness a lot of the devices functionality via the Lumin shell using HTML (eg making a phone call, using the camera etc). Other nuggets include: